Panic! Breakup announcement at the disco 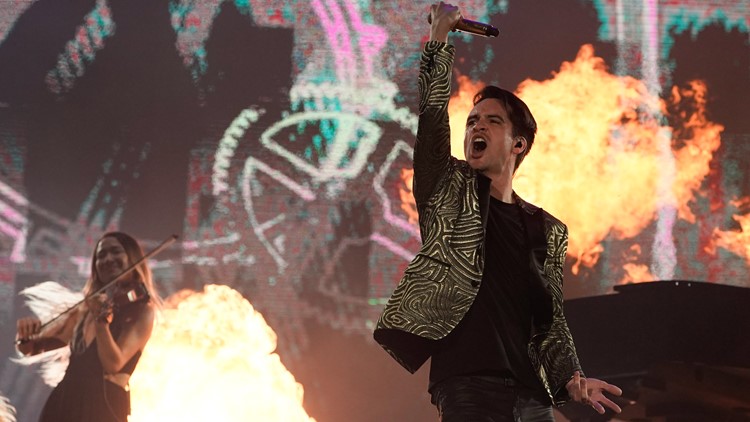 The band has been frontman Brandon Urie’s solo project for several years as other band members have left to pursue new projects.

WASHINGTON – “If you love me, let me go.” Brandon Urie’s line from the 2013 song “This is the Gospel” is more relevant today than ever, with the declaration that Panic! No more at the disco.

Yuri, the band’s frontman and only remaining original member, announced. Panic broke up in an Instagram post on Tuesdaywho also revealed that he and his wife are expecting their first child.

“We’re trying to keep it to ourselves, though some of you may have heard,” Yuri wrote in his farewell post. “Sarah and I are expecting a baby very soon! The prospect of becoming a father and watching my wife become a mother is humbling and exciting. I look forward to this next adventure.”

“I’m going to end this chapter of my life and put my focus and energy on my family, and with that fear! There will be no more at the disco,” Yuri wrote.

Panic! At the Disco, which debuted in 2004, has mostly been Yuri’s solo act over the years, as band members have left to pursue other musical projects.

In its 19-year run, the band has given countless teen anthems and was a founding group in the early 2000s emo punk scene alongside bands like Fallout Boy and My Chemical Romance.

The record was a process change for Yuri, who cut everything live to tape in Los Angeles with production partners Jack Sinclair and Mike Viola.

From the perspective of Urie’s decade-plus career and Las Vegas roots, the music details “the fine line between taking advantage of your youth, wasting the day and burning out.”

“Viva Las Vengeance is a look at who I was 17 years ago and who I am now with a passion I didn’t have before. I didn’t realize I was making an album and about the tape machine. I was something that keeps it up. I’m honest,” the singer said at the time.

The first music from the album Panic! Since the 2018 release of “Pray for the Wicked,” which included the five-time platinum smash hit “High Hopes” and other chart-topping songs like “Hey Look Ma, I Made It” and “Say Amen (Saturday Night) “

Panic! Disco’s final tour kicks off in Vienna on February 20 and ends in Manchester, England on March 23.