Kevin Conroy, the iconic voice of Batman, has died at the age of 66. 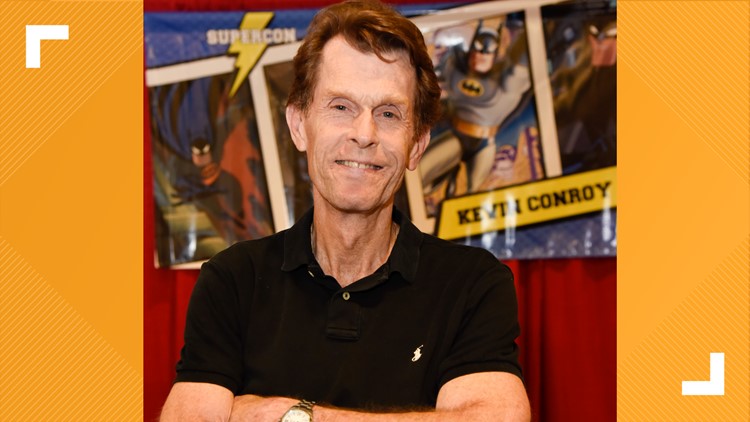 Conroy played Batman in more than 60 productions, including 15 animated films and many video games.

WASHINGTON — Actor Kevin Conroy, one of the most famous voices to play Batman, has died at the age of 66, according to Warner Bros.

The news was first shared by Diane Pershing, who played Poison Ivy on the show.

“Very sad news: our beloved voice of Batman, Kevin Conroy, passed away yesterday.” he wrote on Facebook. “He has been ill for some time now but he has really put in a lot of time for the happiness of all his fans. He will be sorely missed not only by the cast of the series but by his legions of fans all over the world.”

In a press release, DC, the comic label owned by Warner Bros.confirmed that the actor died after a short battle with cancer.

“Kevin was amazing,” said Mark Hamill, the “Star Wars” actor who also voiced the Joker in the animated show. “He was one of my favorite people on the planet, and I loved him like a brother. He truly cared about those around him – his kindness shone through in everything he did. Whenever I saw him or talked to him, my spirits lifted.

Former colleagues and fans have paid tribute to the late actor, calling him an icon in the superhero genre.

“Kevin brought light everywhere with him,” said Paul Dennehy, producer of “Batman: The Animated Series.” “Whether it’s giving it your all in the recording booth, or feeding the first responders during 9/11, or making sure that every fan who’s ever waited for him has his Batman. A moment passed. A hero in every sense of the word. Irreplaceable. Eternal.”

Conroy, who was openly gay, has spoken in recent years about how his acting career took off during the height of the AIDS epidemic, and noted in an issue of DC’s Pride earlier this year. Comparisons between Batman’s queer identity as Bruce Wayne and LGBTQ+ people’s struggle to escape the closet.