Emmy Awards 2022: Who Will Win TV’s Biggest Night of the Year? 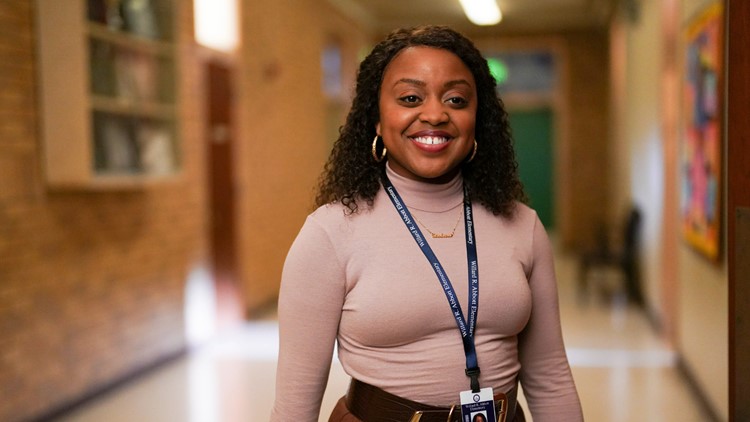 TV’s biggest night may have some big surprises. A look at who should and will win at the 74th Emmy Awards.

WASHINGTON — So many TV shows, so few nominees who will hold the trophies. Primetime Emmy Awards.

total 25 awards will be presented. during the September 12 ceremony, including in the acting and best comedy, drama and limited series glamor categories. Past winners Gene Smart (“Hacks”) and Bill Hader (“Barry”) are among the contenders.

Overall, the field is highly competitive. With an unprecedented twist: Netflix’s South Korean phenomenon “Squid Game” is the first non-English language drama to be nominated for an Emmy.

While predicting this year’s winners is like one of those tricky “squid game” contests, Associated Press television writer Len Elber and AP entertainment writer Mark Kennedy soldier on unabashedly.

Should Win: “Segregation,” the vicious satire of office culture couldn’t have asked for better timing, just as many white-collar workers were taking their first tentative steps back — and questioning why. It’s just wonderful, unexpected and disturbing.

Will Win: Although both Mary Unnie and Mary Outie think it should be “separation”, the winner will be “succession”. Not a bad move, just an easy one.

Should Win: “Secession” captures the zeitgeist of worker discontent, but let’s consider “The Squid Game” and its soul-destroying poverty. It’s totally original and yes, scary. It didn’t hurt the four-time “Game of Thrones” winner.

Will win: “Succession” last won the competition in 2020, and the antics of the rich and scheming Roy family are as captivating as ever in a peep show.

Nominees: “Abbott Elementary”; “Berry”; “Curb Your Enthusiasm”; “Hacks”; “The Amazing Mrs. Maisel”; “The only murder in the building”; “Ted Lasso”; “What we do in the shadows.”

Should win: A true workplace comedy in the vein of “Abbott Elementary,” “The Office” or “Superstore.” How this is specific to a group of underfunded teachers in Philadelphia and yet universal is magical.

Will win: “The only murder in the building,” an uncontroversial and uninspiring choice, as safe as an Upper West Side doorman building. Who can look at Martin Short, Steve Martin and Selena Gomez and tell they don’t have an Emmy?

Should win: Raise your hand if you know the answer. “Abbott Elementary” is the rare sitcom that clicked from the start, with its characters, stories and heart all in the right place.

Will win: “Abbott Elementary,” wins against flashier cable and streaming rivals despite odds against old-school network entry. That hasn’t happened since “Modern Family” won in 2014.

Should win: Lynne didn’t win for “Ozark,” and she deserved it for going from dutiful wife to cunning mastermind in four seasons.

Will win: Oh, who richly deserves her first Emmy four years after “Killing Eve.” Comer and Zendaya have their own statues. TV Academy voters will also say oh goodbye with one.

Should win and will win: Versatile, long-admired actor Lensky received her first Emmy for her portrayal of Shauna, who has, um, sweet secrets. Zendaya deserves a second win for her daring work in “Euphoria,” but voters are in favor of a change in this category.

Should win: Scott for playing two characters on “Severance,” a worker bee and a grieving widow. The former “Parks and Recreation” star is an everyman here, just spitting through his day, with a loss hidden beneath a suit and tie.

Will win: Odenkirk, who has never been nominated for “Breaking Bad,” should take home at least one Emmy for “Better Call Saul.” Or Cox, who had a roaring season on “Succession.”

Should and Will Win: Definitely a heavyweight category, with all of the above worthy. But Cox triumphs as the wily magnet scrambling to take control of his empire and kicks out his equally toxic brood.

Should Win: Brunson’s idealistic young school teacher is lovable and, as she begins to learn how to survive in the bureaucracy, grows before our eyes. Also, teachers deserve respect.

Will win: Smart. Back-to-back wins have become rare in the age of picky TV (read: an endless string of shows), but portraying a seasoned comedian who refuses to be called an uncle brings new levels of vulnerability and poise. arrived at

Should win and will win: Smart, angry her character is vicious, driven by her career, but this season also sees a motherly and tender side. Also, his second Emmy for “Hex” is a lone one.

What should win: Can we get a breakout for Martin and Short, whose chemistry and playfulness make the series? (With a nod to co-star Selena Gomez; her tolerance for the pairing adds the perfect note.)

Will Win: Heather’s portrayal of a hitman-turned-actor who can’t escape his past is the centerpiece of a viciously satirical, intoxicating mix. A third Emmy is his reward.

Should win: Holt, a vain, unpredictable, glass-smashing, headbutting and immoral Peter III of Russia in “The Great,” sucking the oxygen out of every scene. It’s a boy character but hard to nail like Holt. “We hope my badge is bought,” he says after meeting the queen, and I agree.

Will win: Heather. Everyone loves Haider.

Should win: “Dopesick” is a gritty dissection of the roots of America’s devastating opioid crisis, focusing on both its victims and its villains. Television at its relative best.

Will win: “Dropout.” Let’s face it: It’s a guilty pleasure to watch a Silicon Valley high-flyer take down a peg or beyond, and the story of Theranos founder Elizabeth Holmes’ spectacular fall is hard to tell.

Should win: “The Dropout,” agreed, a journey through the rise and fall of his teenage years — so well told that viewers can almost feel sorry for Holmes, or at least understand. How can it be a fraud?

Will win: “The White Lotus,” a satire of wealth, privilege and privilege that was the light of the cycle’s “Big Little Lies,” and the biggest show about rich white people being awful, with weirdness. This time all the nominees had elements. .

Should and Will Win: Michael Keaton, for his restrained portrayal of a small-town doctor who finds himself trapped by opioids at an incalculable cost to him and his patients. The Oscar-winning star is a gift for the small screen.

Should win: Isaac, who goes from tightly controlled in “Wedding Scenes” to emotional, a little confused, responsible for taking pictures and always heartbreaking as a human.

Will Win: Keaton, who has always seemed like an underrated talent, shines in a role perfectly suited for him: a lovable local doctor slowly coming to terms with the horror he helped create. Who is A little too perfect, but, hey.

Should win: Qualley does justice to a rarely seen screen character — a struggling, blue-collar single mother — with a nuanced, breakout performance in “Maid.”

Will win: Seyfried, whose portrayal of a hapless Silicon Valley whiz kid in “The Dropout” was a pull-out-the-stop barnburner.

Should and Will Win: We’ll no doubt see all of these actors again at the Emmys, but this year it’s all about Seyfried, who played Yoda-loving, Mandarin-speaking, scorpion-chewing swindler. Played a role. And poor essence dancing.